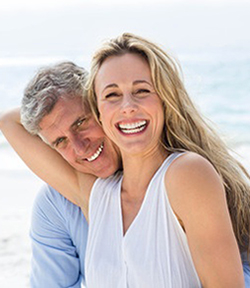 or a wide variety of conditions, including mood disorders, anxiety disorders, eating disorders, personality disorders, and multiple forms of substance addiction, dependence and abuse. This being the case, few would argue against the possibility that there are most likely many more types of dysfunctions where CBT deserves to be considered the default treatment recommendation.

One area where many experts agree that CBT has a far greater potential to shine is it the treatment of male sexual dysfunction, and erectile dysfunction in particular. Of course CBT is already acknowledged by many providers as the most useful form of therapy for treating ED, and numerous studies support CBT as a top choice when ED results from arousal or desire disorders. This being said, it is important to remember that there are many factors that can contribute to ED, and CBT will typically be used in cases where ED is occurring (at least in part) due to performance anxiety, loss of sexual arousal, low self-esteem, and other issues that have historically been treated effectively using CBT.

ED that is caused by circulatory problems such as narrowing blood vessels and other physical conditions can often be treated with PDE5 inhibitors and in some cases using natural supplements and herbal concoctions such as the notorious boner brew offered by the Erections On Demand company. However these pharmacological treatments will do nothing, beyond a providing a potential placebo effect, in cases where ED is the result of a psychological cause. While researchers believe that 10-20% of all cases of ED have a psychological cause, these numbers are in all likelihood higher, and indeed are probably much higher in younger age groups where ED can be even more problematic for sufferers.

CBT treatment of ED is a straight forward process that involves working with a therapist to clear up unrealistic expectations and distorted beliefs about sex (considering the popularity of obscene adult material being consumed these days its no wonder that there are a great deal of distorted beliefs about sex out there!) By restructuring one’s thinking, developing better sexual communication skills, and learning more about healthy sexual function those utilizing CBT as a treatment method can often find quick relief from this unpleasant condition. The quick results that many clients are able to get with CBT is assuredly one of the main reasons for its increased popularity over psycho-sexual therapy and other forms of talk therapy that have been used successfully to treat this disorder.

There are many different factors that play a role in determining our level of mental clarity moment by moment. One of those factors, that is often overlooked is nutrition. There are so many studies out there that talk about the negative impact that not getting all the right nutrients can have, not just on your body, but on your mind too. Its all connected.

One step that a lot of people are taking to improve their mental focus and resilience is to increase their intake of vegetables, specifically greens, such as kale, spinach, chard, parsley and so forth. The cool thing is that now you can get special green drinks that are like powdered mixes that you can shake up and enjoy without needing to juice your own green vegetables. Patriot Power Greens is a special alkalizing green drink made out of greens and many other powerful enzymes, pro-biotics and such. Here is a video explaining about this product. On YouTube.

Patriot Power Greens from The Patriot Health Alliance was developed by a doctor named Dr. Lane Sebring who is an expert on natural anti-aging methods. The thing about this guy is that he developed it for active duty coast guard squads so that they could stay alert and have the energy and vitality that they need, even when they are getting older and things are starting to break down a bit.

Eating fresh greens and cooked greens is considered by most people to be pretty healthy, but it is really astounding how the vitamins in greens and fruits work so well with the human body, and the fact that you can get all those greens in a simple little drink mix is kind of a mind blower.